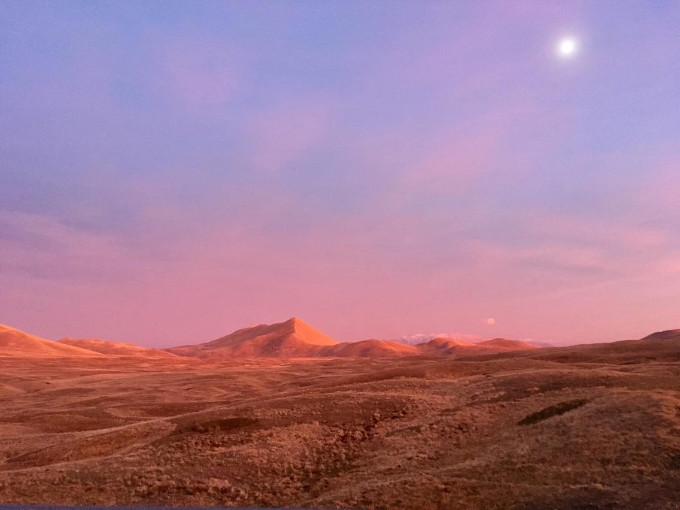 It was almost pitch black out, there wasn’t a single house in sight. The mountains were reduced to hulking shadows that shifted around us as we made our way back down from the peak of Gran Sasso.

We were blasting “Locked Outta Heaven” in the car and were both belting out the lyrics. I love how music can become a catalyst for the imagination. The right playlist can ignite elaborate films in my mind, performed in technicolor. I’ve always been a little jealous of people that have a song that was special to them, though. I rarely experience anything as spectacular in real life as they images that come to my mind while listening to music.

That day was different, though. It was unlike anything I could have imagined. That night we watched the sunset from above the clouds. 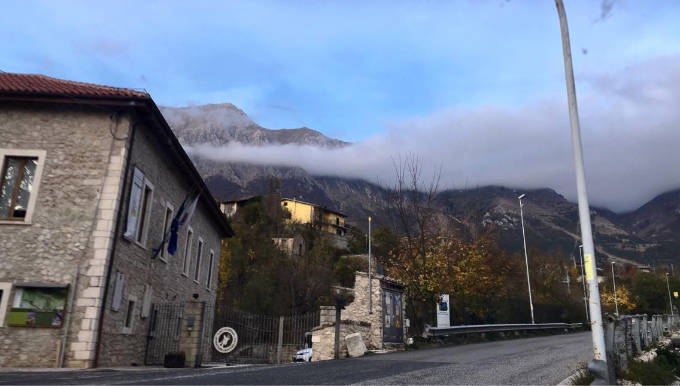 It was a Sunday. I had been a bit down that week because I’d caught an immortal cold that refused to pass and was draining all of my energy. Since he had Sunday off of work he treated me to a day full of my favorite activities to cheer me up: going for a drive in the mountains, taking photos of nature, and finding different tiny villages to eat and have a glass of wine. I asked to start off with a trip to Pagilare di Tione because he had taken me there last year; it was so idyllic that it inspired me to use the location in a chapter of the book I’m writing. I wanted to go back and take more pictures so I could make the scene seem more real. (I might have to do a different post about what we did during the day. I’m trying my best not to ramble on for too long). 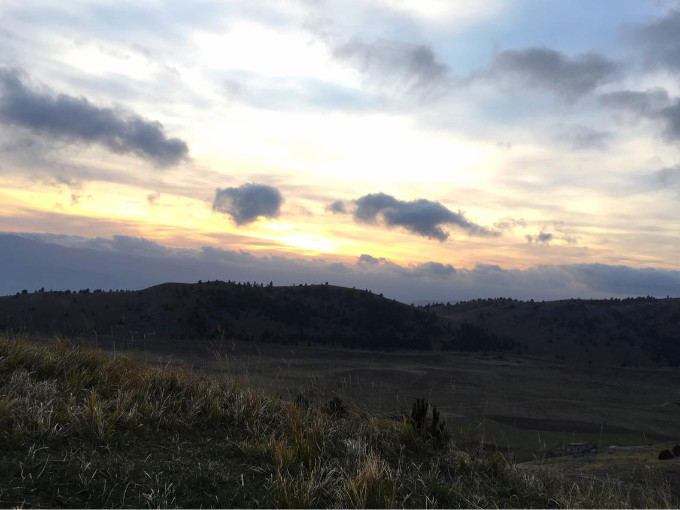 Anyway, after a day of explorations, he told me that he had somewhere else he wanted to bring me. The night before, we were chatting in our kitchen in Castel di Ieri, and he could tell that I was distracted. I kept staring over his shoulder. He finally asked me what in the world I was gaping at like a weirdo. I was transfixed by the sunset. Some sort of atmospheric improbability had occurred and the piazza outside our window had turned violet. I was having trouble tearing my attention away from it.

Of course the first thing that I thought was that I wished I’d had enough energy that day to go for a walk. If I could have gotten a higher vantage point I could’ve gotten stunning photos of the valley basked in violet. He knows me well enough now to know that I was disappointed and why without me having to explain. But, he had a plan to make it up to me on Sunday night. 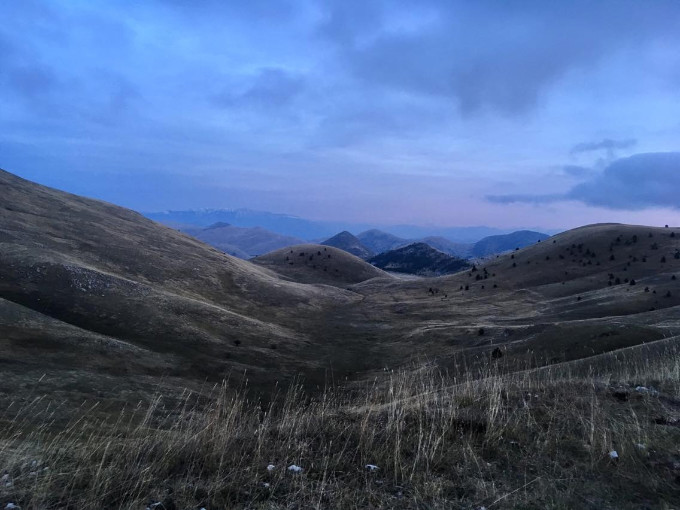 We were winding our way up Gran Sasso, the highest mountain in Central Italy. The further we climbed, the more the temperature dropped, and the more sparse the plants became. I kept making him stop at every turn to take more photos of the transforming vista. Although he always graciously obliged all my requests, I could tell that he was impatient to reach our final destination. Whatever that was. 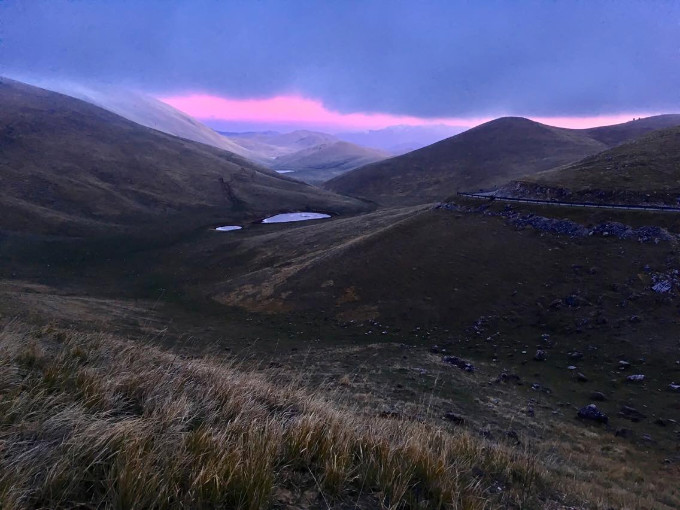 As the sun set, the earth became stained with lavender. The unusual color had an eery effect when paired with the barren landscape. the reflection from a few ever-present glaciers added to the otherworldly effect. The landscape was becoming engulfed in a thickening fog that seemed to muffle the sounds of the wind. The fog swallowed the road and we could only see a few a feet ahead of us through the lilac soup. Then, the fog parted…

I realized it wasn’t fog but clouds. We had just driven through the clouds and into a world ablaze with a violet more intense than that I’d seen in the piazza in Castel di Ieri the night before. 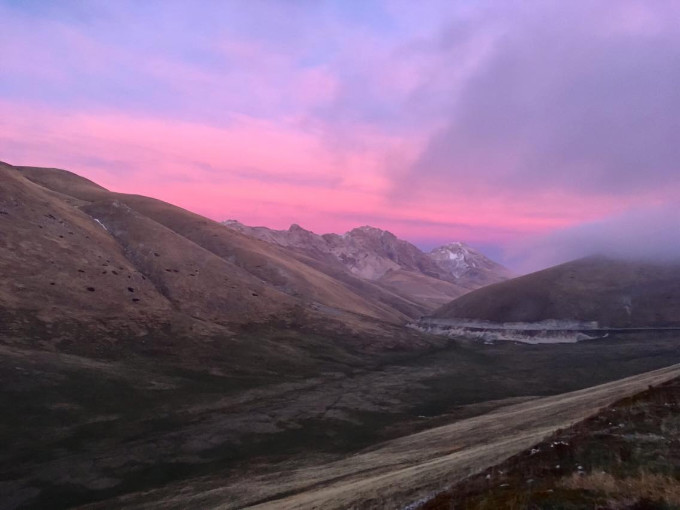 The sky suddenly went from near darkness to brilliantly luminous like it was the middle of the afternoon. With the ground becoming increasingly barren, it seemed like we’d arrived on a different planet. Now, on top of the clouds, the collosal mountain ranges became gentle dunes 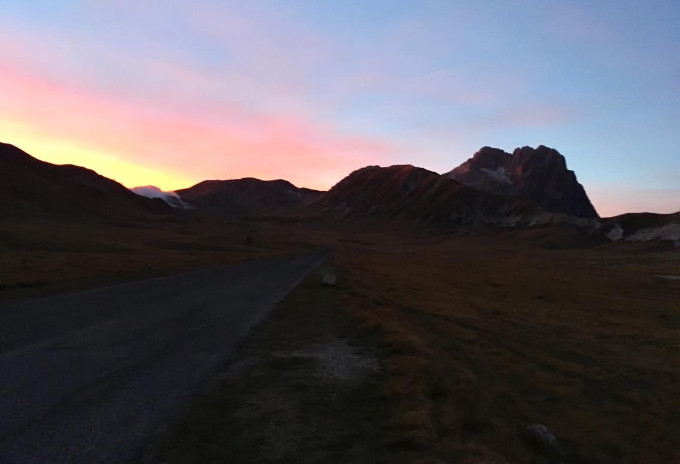 When we turned a corner, the blaze went out and we were returned to near darkness. The highest peak of Gran Sasso, grew from the shadows. Although it seemed a dwarf compared the view I’m used to seeing at a lower altitude, it was still impressive. I thought for sure the show must be about over and I thought it was a nice end to the evening. I was ready to come back down to earth but we had one more stop to make… 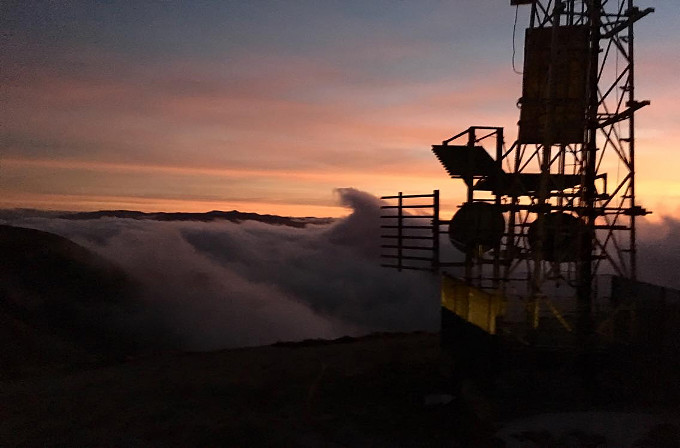 When we finally got to the end of the road we found ourselves at an observatory. A couple of small office buildings faced out over the edge of a cliff that was fenced off. We walked up to the fence where we could still see some of the  violet light from the other side of the mountain. When we looked down I was astonished to see a sea of clouds. The clouds formed themselves into misty peaks and valleys like a boiling cauldron. It reminded me of that scene from James and the Giant Peach after they had been floating in the peach for days. It was absolutely freezing cold up there but I was loathe to get back in the car before my face and hands went completely numb. 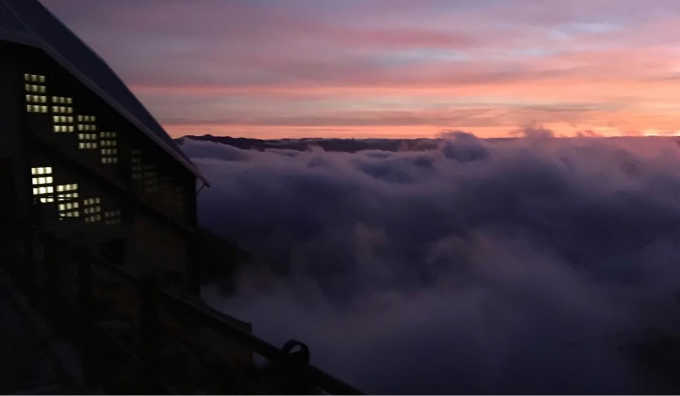 Back in the car we huddled around the heating vents. We turned on the playlist that he made for our road trip to Puglia and sang along between sniffles. We kept this up for the whole drive down the mountain, accompanying our performance with bouncey seated choreography. Now, when I listen to those songs, this will be the new film that will play in my mind.